The first memory chip to utilize wires, in the form of a grid, for addressing memory cores was invented by Jay Forrester in 1949. However, Forrester's electronic wire memory chip wasn't actually developed until around 1953.

Other computer events in 1953

The UNIVAC predicts the presidential election during a televised news broadcast.

The first plotter is invented by Remington-Rand.

A magnetic memory smaller and faster than existing vacuum tube memories is built at MIT.

In July 1953 a core memory expansion was added to the ENIAC.

The Colgate Comedy Hour on N.B.C. became the first TV show to broadcast in color on November 22, 1953.

IBM announces the IBM 650 Magnetic Drum Calculator, an intermediate size electronic computer, to handle widely diversified accounting and scientific computations. Nearly 2,000 of the 650 are sold by 1962, making it the most popular computer of the 1950s.

IBM announced its 702 computer for commercial use.

Cherry was founded in 1953 by Walter Cherry.

NXP Semiconductors was founded as a part of Philips in 1953. 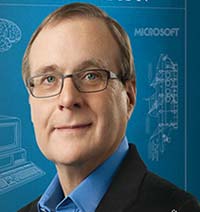