The first digital camera is invented by Steve Sasson, an engineer who worked for Kodak.

Other computer events in 1975 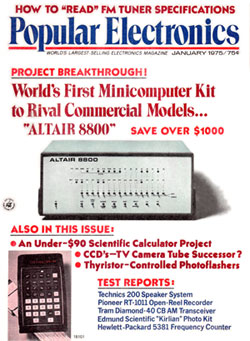 On January 1, 1975, the Altair computer was featured on the front of Popular Electronics magazine making it almost instantly a huge success.

Gordon French hosts the first meeting of the Homebrew Computer Club in his garage on March 5, 1975.

Sony introduced the Betamax video cassette tape recorder on May 10, 1975.

A flight simulator demo was first shown in 1975.

IBM researcher and French mathematician Benoît Mandelbrot was the first person to defined fractal geometry in 1975.

The Byte Shop, one of the first computer stores, open in California.

The Scheme programming language was introduced in 1975 by Guy Steele and Gerry Sussman at MIT's Artificial Intelligence lab.

MITS ships one of the first PCs, the Altair 8800 with one kilobyte (KB) of memory. The computer is ordered as a mail-order kit for $439 or assembled for $621.

The first resistive touch screen was developed by George Samuel Hurst in 1975, but it wasn't produced and used until 1982.

Buffalo Technology was founded in 1975 by Makoto Maki.

Seasonic (officially incorporated as "Sea Sonic") was founded in 1975. 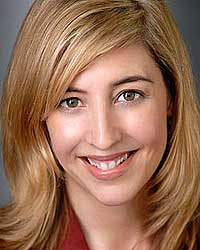 David Litchfield was born in 1975. 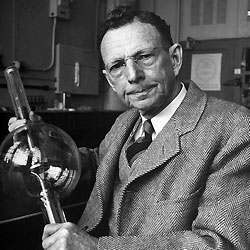