The now famous Apple "1984" commercial was aired during Super Bowl XVIII on January 22, 1984. It introduces the Apple Macintosh computer, which utilizes a graphical user interface instead of needing to type in commands. In six months sales of the computer reach 100,000.

The 3.5-inch floppy diskette is introduced and later becomes an industry standard.

Common Lisp was introduced in 1984.

The first desktop laser printer the HP LaserJet was first introduced in May 1984. The printer popularizes laser printers by making them more affordable.

Other computer events in 1984

On January 4th Netherlands Antilles issues a 45-cent postage stamp of a computer making a newspaper.

Cult of the Dead Cow was formed in Lubbock, Texas.

The MUD was known as MAD becomes the first global MUD and runs across BITNET.

Bill Gates was featured on the cover of TIME magazine.

University of Southern California professor Fred Cohen creates alarm when he warns the public about computer viruses in his Computer Virus - Theory and Experiments paper.

The term cyberspace is first used and coined by William Gibson in his book Neuromancer.

Steve Jobs and Steve Wozniak are awarded the National Medal of Technology.

The Yellow Book of CD-ROM standards is written.

The United States introduced the Comprehensive Crime Control act on October 12, 1984. This act was amended several times to help prevent and protect users against computer fraud.

Docutel/Olivetti introduce the Olivetti PC, compatible with the IBM PC on January 3, 1984.

Hitachi announces it has developed the first memory chip capable of holding 1 MB on January 5th.

IBM's AT computer was introduced in 1984.

Fox Software FoxBASE was introduced in 1984.

Dhrystone was developed in 1984.

The first version of the HP-UX operating system was introduced in 1984.

The IBM Full AT motherboard was introduced in August 1984.

The Tandy 1000 personal computer was introduced and becomes the best-selling IBM-compatible computer of the year.

The beginning of the greatest adventure computer gaming series is released by Sierra. Kings Quest 1: Quest for the crown was released to the public in 1984.

Babbage's was founded in 1984 and later became GameStop.

Best Data was established in 1984.

CDW was founded in 1984 by Michael Krasny.

Cirrus was established in 1984.

Egghead Software was founded in 1984.

ESS Technologies was founded in 1984.

Genoa Systems was founded in 1984.

Guillemot was founded in 1984.

Amiga was purchased by Commodore Business Machines on August 15th.

The original Terminator movie was released on October 26, 1984. 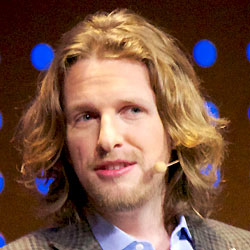 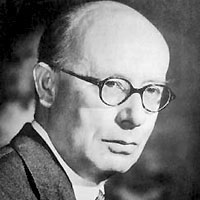