On January 4th at CES, Commodore introduced the Commodore 128 PC with 8502 processor 128 kB of RAM and ROM cartridge port.

The first Internet domain name symbolics.com was registered by Symbolics, a Massachusetts computer company on March 15, 1985. Earlier the first domain nordu.net was created (not registered) in January 1985 that served as the identifier for future domains including Symbolics.

Other computer events in 1985

On January 20, 1985, during Super Bowl XIX, Apple debuted its lemmings commercial to help promote The Macintosh Office. The commercial ends up being a complete failure as most feel that it insults the users.

In the December 8, 1985 New York Times, an article was published by Erik Sandberg-Diment, who stated the average user would never want a laptop.

Department of Defense security evaluations (5200.28-STD) or Orange Book was published in December 1985.

The GNU manifesto was published by Dr. Dobb's Journal in 1985. 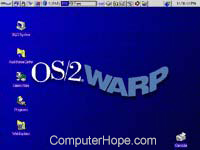 Microsoft and IBM began collaboration on the next-generation operating system (OS/2) in 1985.

The Mach Project began at the Carnegie Mellon University in 1985.

FCC allowed for unlicensed use of spread spectrum communications starting in 1985.

Adobe PageMaker was released in 1985.

Apple released the LaserWriter printer for the Macintosh computer in 1985.

Microsoft released the first version of QuickBASIC on August 18, 1985. 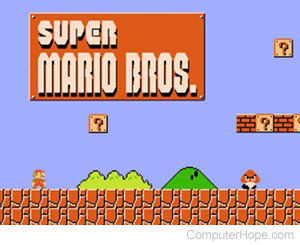 Microsoft released the first version, version 1 of Microsoft Excel, on the Apple Macintosh on September 30, 1985.

Microsoft released Word version 1 for the Mac in 1985.

The first C++ reference guide was published by Bjarne Stroustrup on October 14, 1985

The NES (Nintendo Entertainment System) was released in North America on October 18, 1985 by Nintendo.

IBM introduced the Baby AT motherboard form factor in 1985.

The first Gamepad was introduced by Nintendo in 1985.

IBM adds two new processors: the IBM 3090 Models 200 and 400. A vector processing feature is introduced for the IBM 3090 to enable it to run many computation-intensive programs between 1.5 and 3 times faster than previously possible.

The IBM 7531 and 7532 Industrial Computers are introduced in 1985, to provide greater data processing power and flexibility for a broad spectrum of manufacturing uses.

IBM announced the IBM 9630 gas chromograph, a powerful analytical tool designed for use in the chemical, pharmaceutical and food industries.

Dell released its first computer, the "Turbo PC" in 1985.

CDS/ISIS, a software package for information storage and retrieval systems was first released in 1985.

The MIPS microprocessor architecture was introduced in 1985.

Paul Brainerd of Aldus Corporation introduces Pagemaker for the Macintosh, a program that lets users mix type and graphics on the same page. The combination of this software and the new Apple LaserWriter laser printer helps create the desktop publishing field.

The C and an E symbol is first used in 1985 and is an abbreviation of Conformité Européenne. It's shown on any product meant to be sold in the EEA (European Economic Area) since 1985 and complies with EU legislation.

Discontinued products and services in 1985

The WELL was founded in February 1985 by Stewart Brand and Larry Brilliant.

The computer company Gateway 2000 was founded in Sioux City, Iowa on September 5, 1985.

Alliance Semiconductor was founded in 1985.

Novalogic was founded in 1985.

PNY Technologies was founded in 1985.

StarTech Computer Accessories was founded in 1985.

Titus Interactive was founded in 1985.

Turtle Beach Systems was founded in 1985.

Westwood Studios was founded in 1985. 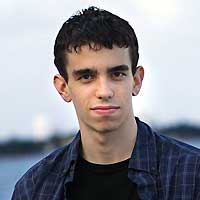