Creative Labs introduced the SoundBlaster, a sound card for the PC. The sound card contained an 11-voice FM synthesizer with text-to-speech, digitized voice input/output, a MIDI port, a joystick port, and bundled software.

Other computer events in 1988

On March 17, 1988, Apple filed a Copyright infringement against Microsoft for Windows 2.03 for its comparison with their Macintosh operating system and its GUI. The legal battle would later end on February 21, 1995.

Robert Morris released the Morris worm on November 2, 1988. It became one of the first major worms, infecting roughly 6,000 computers over the Internet and helping to establish the CERT Coordination Center.

The first T1 backbone was added to ARPANET in 1988.

EISA is announced in September as an alternative to MCA.

About 45 million PCs are in use in the United States.

Section 508 is introduced in the 1988 Amendments to the Rehabilitation Act, containing information about accessibility standards for information technology.

In 1988, the technology behind the touchpad, GlidePoint technology, was first invented by Dr. George E. Gerpheide, PhD.

Steve Jobs unveiled the NeXT computer on October 12, 1988.

Hewlett-Packard developed and introduced the HP DeskJet inkjet printer in 1988. It is considered the first mass-marketed inkjet printer, and became a very popular series of inkjet printers.

Octave was first introduced in 1988.

Accton Technology Corporation was founded in 1988.

ATTO Technology was founded in 1988.

Bitnet and CSNET merge to create CREN in 1988.

Digital Audio Labs was founded in 1988.

Palit Microsystems was founded in 1988 by Li Shilong.

Quanta Computer was founded in 1988.

Smart Modular Technologies was founded in 1988.

Transcend Information was founded in 1988 by Chung-Won Shu.

Morphing was first introduced in the movie Willow. 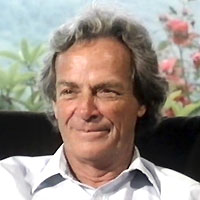