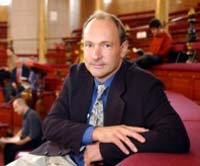 The World Wide Web and the first web page was launched to the public on August 6, 1991. Tim Berners-Lee, a scientist at the CERN European Partial Physics Laboratory in Geneva, Switzerland.

Linux and the Linux kernel was introduced by Linus Torvalds on August 25, 1991.

The first Unicode standard was published in October 1991.

Other computer events in 1991

NSF opens the Internet to commercial use.

The first widely-publicized webcam was the XCoffee, also known as the Trojan Room coffee pot. The camera began operating in 1991 with the help of Quentin Stafford-Fraser and Paul Jardetzky.

The term Internet of Things is coined.

Following its decision not to develop operating systems cooperatively with IBM, Microsoft changes the name of OS/2 to Windows NT.

Creative Labs releases a multimedia upgrade kit that includes a CD-ROM drive, the SoundBlaster Pro sound card, a MIDI kit, and a variety of software applications. The kit allows IBM compatible users to obtain all tools needed to meet the MPC standards.

2G cellular phone technology was established under the GSM standard in 1991.

The computer Monkey virus was first discovered in Edmonton, Canada in 1991.

The Sega Genesis game "Zero Wing" was introduced. The phrase "All your base are belong to us" later becomes a popular saying for computer gamers and geeks.

Cell phone Lithium batteries begin being recalled in Japan after phone explodes and burns mans face during use.

IDEA was first expressed by Xuejia Lai and James Massey in 1991.

The London Science Museum completed the Difference Engine No 2 for the bicentennial year of Charles Babbage's birth in June 1991.

The first Cybercafe opens in July 1991 in San Francisco.

The WWW became available for everyone on August 23, 1991.

The Extended Video Graphics Array digital video standard was created by VESA in 1991.

On December 1, 1991, the first web server outside of Europe came online and the first website was introduced in 1991.

The first external computer speaker was invented by Abinawan Puracchidas in 1991.

The first version of the Windows Media Player was released in 1991.

AMD introduced the AM386 microprocessor family in March 1991.

Intel introduces the Intel 486SX chip in April in efforts to help bring a lower-cost processor to the PC market selling for $258.00.

Microsoft released Visual Basic in May 1991. 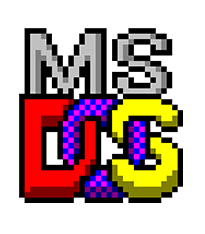 Apple released the PowerBook in October 1991.

Apple QuickTime was introduced on December 2, 1991.

The programming language FORTRAN 90 is created.

The DLT tape drive is released as a very reliable, high-speed, and high-capacity tape drive solution.

TrueType a scalable font was introduced and developed by Microsoft and Apple and is used on all Apple computers and computers running Windows.

Gopher was introduced in 1991.

Internet domains that came online in 1991

Silicon & Synapse, which later became Blizzard was founded on February 8, 1991.

Advanced Logic Industries was founded in 1991.

Apache Micro Peripherals was founded in 1991.

BSDi or BSD Inc. was founded in 1991 by some of the leading CSRG computer scientists.

Dr Gerpheide with James O'Callaghan founded Circque in 1991, which commercialized the touchpad.

Cyren was founded in 1991 by Gideon Mantel and Nahum Sharfman.

Epic Games was established in 1991.

Fujitsu Computer Products of America was founded in 1991.

HiSilicon was founded in 1991.

Intertex Electronics was founded in 1991.

Targa was established in 1991.

Gary Kildall and other shareholders of DRI (Digital Research Inc.) sell all private shares to Novell. 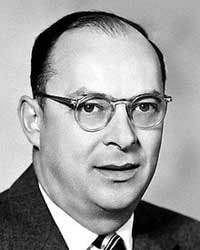