On March 12, 2016, AlphaGo, a DeepMind AI from Google beats Go champion Lee Se-dol for the third straight time at playing the ancient Chinese board game of Go. Although AlphaGo won the championship, Lee did win the fourth game.

On October 11, 2016, Samsung announced it was permanently discontinuing the production of the Galaxy Note 7 after several of the early versions and recalled versions were catching on fire. The company says the decision could cost the company as much as $3 billion.

The following are some of the top computer and technology-related terms in alphabetical order that were introduced or popularized during 2016.

Other computer events in 2016

On June 20, 2016, the Sunway TaihuLight supercomputer from China topped the list of the world's most powerful computer. The computer can perform around 93,000 trillion calculations per second.

The IFTF (Interactive Fiction Technology Foundation) is a nonprofit organization founded on June 30, 2016.

Ethereum Classic, a cryptocurrency, was released in July 2016.

In August 2016, Dropbox began to force password resets after discovering that over 68 million accounts were being shared from an earlier 2012 attack.

On September 26, 2016, Yahoo confirmed that in 2014 that the account information of around 500 million users was stolen by hackers in a network breach.

In October 2016, the Dirty CoW vulnerability in the Linux kernel was discovered that exploited a race condition in its copy-on-write mechanism.

On October 20, 2016, Otto and Budweiser completed the world's first shipment by a self-driving truck.

On November 21, 2016, Oracle announced it had purchased Dyn.

In 2016, in the final year of his two terms of office, U.S. President Barack Obama delivered the keynote at SXSW Interactive.

MLG was purchased by Activision Blizzard in 2016.

The OnePlus 3 and 3T smartphones were released in 2016.

In 2016, the company Phoebe started using the brand name Airlink101.

In 2016, over 70 selfie deaths occurred in India when people were taking pictures near railroad tracks and not aware of oncoming trains.

In 2016, Ubuntu 16.04 introduced a segregated development model that satisfies the ZFS license terms, and began including ZFS support as a kernel module.

On January 5, 2016, the video game streaming service Mixer was released.

Kotlin was first released on February 15, 2016 by JetBrains.

In March 2016, Amazon introduces the first version of the Amazon Echo Dot.

On March 30, 2016, Microsoft released the developer edition of the Microsoft HoloLens.

Pokémon GO was released on July 6, 2016, for Android phones and iPhone and was downloaded more than 10 million times within a week and became the fastest growing app in history. According to SurveyMonkey the game also became the most active game in July when it surpassed 21 million active users.

On September 16, 2016, Apple announced the new iPhone 7 and iPhone 7 Plus and that they have discontinued the 3.5mm headphone jack and introduced AirPods.

TikTok was released in September 2016.

The second-generation of the Amazon Fire TV Stick with the Alexa Voice Remote was released on October 20, 2016.

Mastodon was introduced in October 2016.

Houseparty was introduced in 2016.

In 2016, HTC diversified from smartphones, partnering with Valve Corporation to create the HTC Vive, a virtual reality headset known as the HTC Vive.

The Moto Z was initially released in 2016.

Microsoft released the Surface Studio in 2016.

Bitmoji was acquired by Snap in 2016.

Wallpaper Engine was introduced in 2016.

WireGuard was authored by security engineer Jason Donenfeld beginning in 2016.

Security breaches and leaks in 2016

A hack on Uber happened in 2016 where hackers downloaded the names, e-mail, and phone numbers of 57 million app users, along with 600,000 driver's license numbers. The hack went undisclosed until 2022, when the hackers testified that they agreed to sign an Uber nondisclosure agreement. Instead of disclosing the hack, Uber wrote it off as a bug bounty.

On January 14, 2016, Nokia announced it had taken control of Alcatel to form Alcatel-Lucent.

In February, the FBI requests for Apple to create an iOS version to bypass the iPhone 5C security for the investigation of the holiday party massacre in 2015.

Time Inc. announced on February 11, 2016, that it would acquire Viant, the parent company of Myspace.

On February 16, 2016, Apple notified its customers about the U.S. government's demand that Apple create a tool to break or circumvent iPhone encryption.

Intel announced its plans to lay off 12,000 workers or 11% of its workforce as it moves into other businesses.

GDPR was first enacted on April 14, 2016. Any individual or business that handles personal data had until May 28, 2018, to begin following the GDPR rules.

Lexmark announced on April 20, 2016; it would be acquired by Apex Technology of China for $3.6 billion.

Joshua Brown became the first person to die in a self-driving car accident while driving his Tesla Model S on May 7, 2016.

Western Digital announced it had approval for the purchase of SanDisk on May 10, 2016.

After almost 14 years of operation Gawker Media filed for chapter 11 bankruptcy on June 10, 2016.

On June 13, 2016, Microsoft announced it had reached an agreement to acquire LinkedIn for $26.2 billion.

Nordic Games changed its name to THQ Nordic in August 2016.

On September 15, 2016, Logitech announced it had purchased Saitek from Mad Catz for $13 million in cash.

On September 30, 2016, Avast announced it had acquired a majority stake in AVG and would be operating as a single company as of Monday, October 3, 2016.

On October 31, 2016, THQ Nordic announced that it had acquired all NovaLogic's franchises.

In October 2016, LDiscovery announced the acquisition of Kroll OnTrack, and changed its name to KrolLDiscovery.

On November 1, 2016, HPE (Hewlett-Packard Enterprise) announced that it had completed its acquisition of SGI.

On November 21, 2016, Symantec announced it had purchased the LifeLock company for $2.3 billion.

On November 30, 2016, Fitbit announced plans to purchase Pebble for as much as $40 million.

Apple introduced the Touch Bar in 2016.

Bell Labs was acquired in 2016 by Nokia and renamed Nokia Bell Labs.

Bethesda.net was introduced in 2016.

L-3 Communications Holdings changes its name to L3 Technologies in 2016.

In 2016, QLogic was acquired by Cavium technology for approximately $1.3 billion.

Sony rebrands the Vegas Pro series of products as "Sony Vegas" in 2016.

In 2016, the development of OwnCloud was split, and many of the original developers forked the source code to create a competing product, called Nextcloud.

Apple confirmed in 2016 that it no longer intends to support or update QuickTime on PC (Windows) computers.

Sunbeamtech went out of business in 2016.

Discontinued products and services in 2016

Google announced that on March 15, 2016, it would shut down Picasa.

On October 27, 2016, Twitter announced that in the coming months it would discontinue the Vine mobile app.

In 2016, Project Ara was canceled, and all development of the modular Android smartphone was stopped.

Lo and Behold, Reveries of the Connected World was released on January 23, 2016.

The documentary Zero Days that talks about Stuxnet was released on July 8, 2016.

The movie Hidden Figures was released on December 10, 2016. 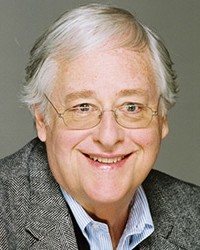