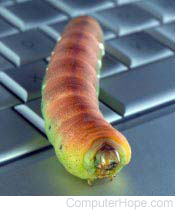 On May 12, 2017, the WannaCry ransomware attack began to attack computers running Microsoft Windows. The worm infected more than 230,000 computers in over 150 different countries and demanded $300 - $1,200 in bitcoin to unlock the computers encrypted data.

Other computer and technology-related events in 2017

On January 11, 2017, Norway became the first country to start switching off FM Radio and switching to DAB, a digital broadcasting technology.

The SamSam ransomware was released in May 2017.

On August 11, 2017, OpenAI became the first AI to defeat the world's best DotA 2 player Danil "Dendi" Ishutin in a 1v1 game. Even more impressive is that the AI learned to play the game by playing itself in less than a month with a little coaching from humans.

Practical exploits for Meltdown and Spectre were discovered independently in 2017 by researchers at Graz University of Technology in Austria, and Google's Project Zero in California.

The operating system Fuchsia began including a GUI (graphical user interface) in May 2017.

AMD introduced the Zen CPU microarchitecture and the Ryzen in February 2017.

In March 2017, the first minimum viable version of WebAssembly was released.

Microsoft began to release the Windows 10 Creators Update to users in April 2017.

Intel introduced the Intel Core i9 in May 2017.

Essential Home was introduced in May 2017.

Amazon released the Amazon Echo Show in May 2017.

EPYC is a line of server CPUs designed by AMD and first released in June 2017.

On November 14, 2017, Mozilla announced the release of Firefox Quantum.

Jawbone announced it would be liquidating all assets starting in July 2017. The Jawbone brand is currently managed by Aliph Brands, who handles support for the Jawbone products.

The first block of Bitcoin Cash was created on August 1, 2017. Anyone owning bitcoin at that time automatically received an equal amount of bitcoin cash.

The cryptocurrency Binance Coin was founded in China in 2017.

Bixby is introduced in 2017 to compete with other voice assistants.

The second generation of Google Daydream View was released in 2017.

Google Glass was brought back as Glass Enterprise in 2017.

Lynda.com courses were re-branded and integrated into the LinkedIn Learning platform in 2017.

The OnePlus 5 and 5T smartphones are released in 2017

Pixelbook was introduced in 2017.

The term "QLED" was first announced at CES 2017 by Samsung to brand their proprietary QD technologies.

Nintendo Switch was released in 2017.

Google brings back their smart glasses, the Google Glass Enterprise Edition for hands-on training purposes in 2017.

Substack was introduced in 2017.

The IBM TS1155 generation 6 tape drive released in 2017 is capable of storing 15 TB of uncompressed data.

Discontinued products and services in 2017

Microsoft ends support for Windows Phone as of July 11, 2017.

On July 28, 2017, Apple announced it was discontinuing all iPod devices that were not running iOS. The iPod models marked as discontinued include the iPod Nano and iPod Shuffle.

The ooVoo service was shut down in November 2017.

On December 15, 2017, AIM (AOL Instant Messenger) was discontinued as a service.

Vidme was discontinued in 2017.

In January 2017, Mitsumi merged with Minebea and was renamed to MinebeaMitsumi.

China Oceanwide announced on January 20, 2017, that it had entered a definitive agreement to acquire IDG (International Data Group, Inc.).

Atlassian announced on January 9, 2017 that it was acquiring project management company Trello for $425 million. The acquisition was completed on February 3, 2017.

General Wireless Operations Inc. (RadioShack) filed for bankruptcy under chapter 11 on March 8, 2017, and announced it would start closing all its stores.

In May 2017, about nine months after its acquisition by Microsoft, it was announced that Beam would be changed to Mixer.

On June 16, 2017, Amazon announced it had entered a definitive merger agreement with Whole Foods Market, Inc. for $13.7 billion.

In June 2017, Intergraph was re-branded as Hexagon PPM.

The wearable maker Jawbone begins liquidating its assets in July.

On July 11, 2017, Microsoft announced the immediate end of support for Windows Phone and the Microsoft's app store.

On September 7, 2017, Equifax announced that it had a security breach in July and that up to 145 million Americans accounts were stolen. The stolen information included social security numbers, credit card information, and other personal information.

On September 12, 2017, Apple introduced the iPhone 8, iPhone 8 plus, with a new edge-to-edge and updated Secure Enclave. Apple also introduced the iPhone X and iPhone XS (iPhone 10) on November 3, 2017, with an OLED screen, Face ID (facial recognition and replacement to Touch ID), and removed the home button.

On December 11, 2017, Apple announced it was acquiring Shazam.

In 2017, Cavium was acquired by Marvell Technology for approximately $6 billion.

DeviantART was purchased by Wix in 2017.

Vinpower Digital acquired the rights to the Optiarc brand and product line. 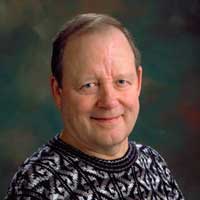