Does my computer have onboard (integrated) graphics 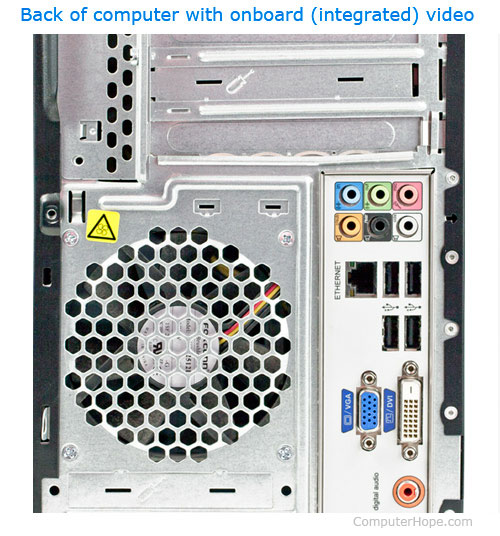 If the connection (VGA, HDMI, or DVI) is near the mouse, keyboard, and USB connections, your computer has an integrated graphics card. The picture above shows a computer with no expansion cards and a VGA and DVI connection for the onboard video (on the motherboard). In a tower case, like the one shown above, these connections are vertical and not horizontal. 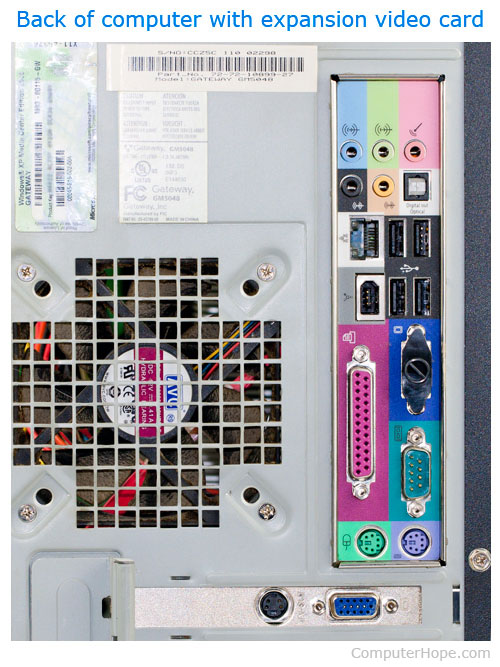