Differences between a network hub, switch, and router 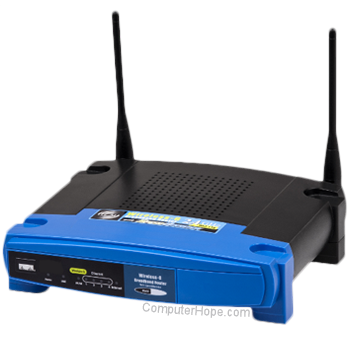 There are three main devices that connect a computer to another computer. A network hub, switch, and router can all perform this function. It can sometimes be confusing when trying to figure out what device is currently used on a computer network, without knowing what each device does.

A network hub is designed to connect computers in a private network, one that does not have any connections to sources other than local computers (meaning, no Internet access). When a hub receives a packet of data, it broadcasts that data to all other connected devices. Additionally, network bandwidth is split between all of the connected computers. So, the more computers connected, the less bandwidth that is available for each computer, which means slower connection speeds. 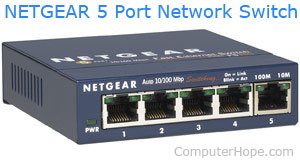 A network switch also connects computers, like a hub. Where the switch differs from a hub is in the way it handles packets of data. When a switch receives data, it determines the destination and sends it directly to that device. It doesn't broadcast the packet to all computers as a hub does, which means bandwidth is not shared and makes the network much more efficient. For this reason alone, switches are more intelligent and preferred to a hub.

A network router is quite different from a switch or hub since its primary function is to route data packets to other networks, instead of only the local computers. A router is quite common in homes and businesses since it allows your network to communicate with other networks, including the Internet. Essentially, a router bridges the gap between other networks and gives your network access to more features, e.g., a firewall, QoS, traffic monitoring, VPN, and more.

Ok, but what should I buy a network hub, switch, or router?

This question depends on how you plan on using your network. For most users, a wireless network router is our recommendation. A wireless router allows wireless devices (e.g., your smartphone, tablet, wireless laptop) to connect to your network and the Internet.

If you only need to connect a few computers on one network, a switch is an ideal solution since they're cheaper than a router.

In some situations, you may need more than one router or switch. In a big area such as an office, you may need a router to connect all computers to the Internet or another network. Using other routers, switches, and access points allows you to connect other parts of a building to the same network.