How to find information about my computer 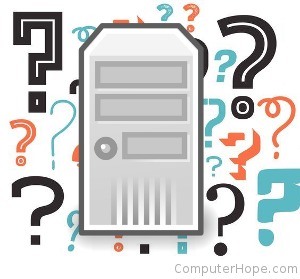 Your computer has several hardware components and can be running thousands of different programs. Below is a complete list of how to find information about the parts of your computer and what it's running.

In the past, it was easier to identify the type of computer you were using. Today, there are desktops, laptops, netbooks, tablets, hybrid computers, and smartphones that are all considered a computer. Below is a visual example of the more common computers to give you a better comparison of the different types of computers.

Once you have identified the type of computer, it can make it easier to help identify the software and hardware running on the computer. 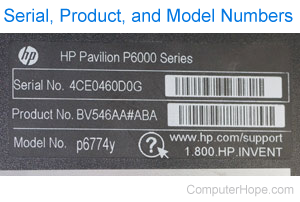 Determining your computer model number and serial number helps you troubleshoot the computer and can also help you find the latest drivers and other updates for your computer. With desktop computer, many manufacturers (OEMs) list the information on the side of the computer, like the Hewlett Packard computer sticker shown to the right.

Laptop, netbook, and hybrid computers often have the model and serial number on the bottom of the computer. If you cannot find this information, manufacturers like Dell, HP, Lenovo, and Acer also have tools on the computer and websites to help identify your computer.

The operating system is what allows your computer software to communicate with the computer hardware. Today, there are several operating systems that can be installed on a device including Microsoft Windows, Apple macOS, Apple iOS, Linux, Chrome OS and Android. For a traditional computer (desktop or laptop) you are going to be using either Microsoft Windows, Apple macOS, or Linux. 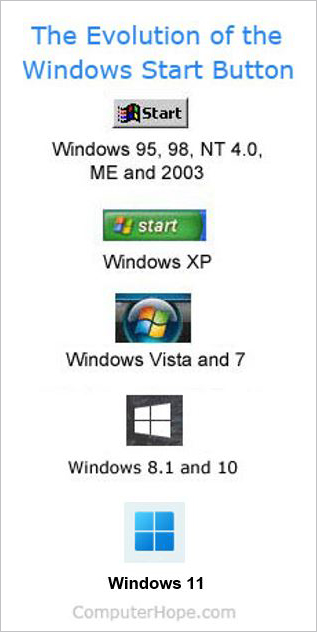 The most common operating system for these types of computers is Microsoft Windows, macOS, and Linux. You can quickly identify if the computer is running Windows if it has a Start button at the bottom-left corner of the screen. A macOS computer can be identified by the Apple menu at the top of the screen or the bottom dock. Linux computers get a little more tricky because of all the different types of interfaces that they can be using.

Keep in mind that all these operating systems have different versions. For instance, as of this writing the newest version of Windows is Windows 10, but Windows 8 and 7 are still supported.

Today, there are two strong competitors making operating systems for tablets, Apple, who makes iOS and Google, who make Android. If you're trying to identify between the two operating systems because they look similar, look at the top bar. Apple places the time in the top center or left, and Google places the time in the top-right of the home screen.

To find the version information for either of these operating systems, follow the steps below.

Like a tablet, there are two strong competitors who make operating systems for smartphones, Apple, who makes iOS and Google, who make Android.

To find the version information for either Apple or Android operating system, follow the steps below.

Thousands of programs and apps can be installed. To find the version of a program you're currently using, view the "help" or "about" options in the menu of that program.

Information about the program and version information can be accessed through the help section in the file menu. With a desktop or laptop computer, you can quickly open this section in almost all programs by pressing the F1.