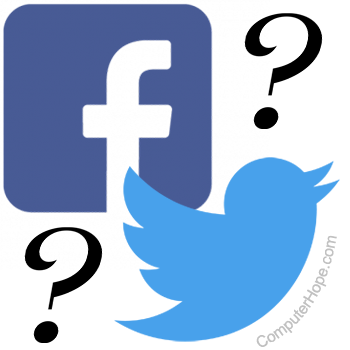 Many people who have used Facebook but not Twitter may wonder how the two social networks differ. Below are some of the major differences and the strengths and weaknesses of each service.

On Facebook, you're more likely to friend family and people you know. On Twitter, you can follow anyone or anything that's not private. This subtle difference makes it more likely that you'll follow your favorite sports team, celebrity, influencer, business, and other things that interest you on Twitter.

Visible to all, or only friends

Twitter is a microblogging service that only allows 280 characters per post (tweet), but Facebook allows for messages of almost any length. Because of this limitation, you'll mostly only see small posts on Twitter. Many users enjoy the smaller posts because it forces everyone to be as brief as possible. In contrast, others find it limiting when having to create multiple posts to publish something longer than 280 characters. 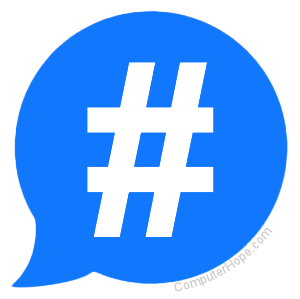 Twitter introduced the use of hashtags in tweets, allowing users to create linked topics or keywords in their posts. These topics allow other users to help sort and find posts that most interest them. Based on how many people use or view a hashtag, Twitter highlights them as trending topics.

When stumbling across something interesting, you can share it with your friends on Facebook. When you do, it's made available to all of your friends and followers. On Twitter, most users tweet or retweet something they find interesting to add it to their timeline. However, another popular option on Twitter is to favorite a tweet, which saves the post to your separate favorites section.

Twitter was initially designed to be used on phones and continues to be very popular with smartphone users. Today, Twitter and Facebook can be used on smartphones, tablets, and computers.

However, with Twitter, you're given more options to customize notifications. This feature is great for keeping up-to-date with people and groups whose tweets you don't want to miss.

When compared with Twitter, Facebook has more options of things to do, such as games you can play with friends, and Facebook Marketplace, where you can shop for items. These additional features provide users with more things to do on Facebook, but the many options may be overwhelming for some users.

Facebook has over one billion users, and Twitter has over 200 million. With more than 800 million more followers on Facebook, it's more likely that you'll find more of your friends, family, co-workers, and customers on Facebook.

Which one should I use?

In general, Facebook is best for staying connected with people and groups who publish updates for a private group of friends, family, or community members. Twitter is best for getting updates from individuals and public figures who share things for the whole world to see.