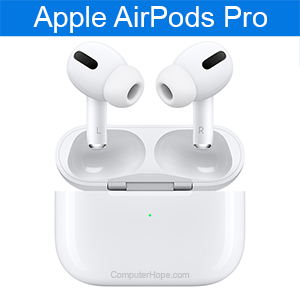 Released in December 2016 by Apple, AirPods are wireless versions of the Apple earbuds that come in the box with iPhones. Unlike other wireless earbuds at the time, the AirPods have no wires between them. The AirPods come with a carrying case containing a battery to charge them on the go. Without the case, AirPods can last for about 5 hours on a single charge. The case can hold up to 24 hours of battery life.

AirPods are intended for use with iOS and macOS devices. However, they can connect to any Bluetooth-enabled device.

Versions of the AirPods