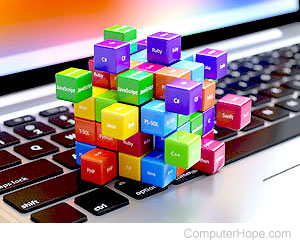 Sometimes called assembly or ASM, an assembly language is a low-level programming language.

Why is ASM useful?

Machine language is a series of numbers, which is not easy for humans to read. Using ASM, programmers can write human-readable programs that correspond almost exactly to machine language.

Why is ASM a "low-level" language?

Assembly is called a low-level programming language because there's (nearly) a one-to-one relationship between what it tells the computer to do, and what the computer does. In general, one line of an assembly program contains a maximum of one instruction for the computer.

How is ASM different from a "high-level" language?

High-level languages provide abstractions of low-level operations which allow the programmer to focus more on describing what they want to do, and less on how it should be done. Programming this way is more convenient and makes programs easier to read at the sacrifice of low-level control.

What is a "mid-level" language?

Mid-level languages or lower-level languages provide some high-level abstractions to make the programmer's life easier, while still providing access to low-level operations. They are often used to write operating systems, so they are sometimes called system programming languages.

No. Because assembly languages are tied to one specific computer architecture, they are not portable. A program written in one assembly language would need to be completely rewritten for it to run on another type of machine.

Portability is one of the main advantages of higher-level languages. The C programming language is often called "portable assembly" because C compilers exist for nearly every modern system architecture. A program written in C may require some changes before it will compile on another computer, but the core language is portable.

Generally speaking, the higher-level a language is, the fewer changes need to be made for it to run on another architecture. The lowest-level languages — machine language and assembly language — are not portable.

Here is "Hello, World" written for a 32-bit Intel processor. It also runs on a 64-bit processor. We will compile and run it on Windows 10.

To begin, open Notepad. Copy and paste the code above into a new text file, and save the file as hello.asm.

To compile the assembly, we use NASM, the Netwide Assembler. It can be downloaded at the NASM site.

When you run this command, NASM creates an object file. An object file contains machine code, but is not quite an executable file. Our object file is called hello.obj.

To create the executable, we use the 32-bit version of MinGW (Minimal GNU for Windows) which provides the gcc compiler. It can be downloaded at MinGW site.

Here is "Hello, World" written for a 64-bit Intel processor. We will compile and run it on 64-bit Linux.

Copy and paste this program into a new file called hello.asm.

Run this command to create your object file:

The object file is named hello.o.

Next, use gcc to link this object file to the necessary libraries on your computer, and compile it to an executable file called hello:

For reference, this is the same program, written in C: