Alpha may refer to any of the following: 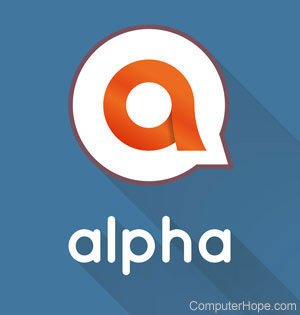 1. An alpha is an early test version of a computer software program or hardware device that comes before the beta test in the software release life cycle. Alpha testing is done by the developer of the program or manufacturer of the hardware. Developers often only test parts or specific features that may eventually make it into the final product. When the product enters the beta stage, it's often released to a select few outside the company.

Why is it called alpha?

Alpha is the first letter of the Greek alphabet.