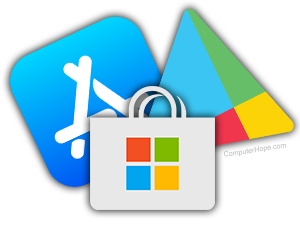 In general, an app store is an app that helps a user find software and install it on their computer or mobile device. It's a collection of free or commercial software and games approved for use on your device. You can browse, purchase, download, install, and update software through your device's app store.

Benefits of using an app store

The software available on an app store is officially approved by the store operator. For instance, Apple inspects all software on the macOS and iOS App Stores, and Google inspects all software on the Play Store. The code of each app is reviewed to make sure it doesn't contain malware or viruses, and conforms to other guidelines for the user's device. The software is then digitally signed by the store operator to prevent it from being altered without the operator's knowledge and approval.

Other benefits of app stores 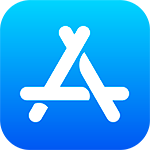 The macOS App Store was launched on January 6, 2011. It is part of macOS, and may be used to find, download, and install software for a Mac. The App Store is also used to install security updates and upgrade to newer versions of macOS.

On macOS computers, the App Store is located in the Applications folder and as a default icon on the dock.

The iOS App Store provides software downloads for the iPad and iPhone. It was launched on July 10, 2008. Unlike in macOS, the iOS App Store is not used for updating the iOS system, and cannot be configured to lower security settings. The only way to install software on an iOS device without using the App Store is to jailbreak the device, which voids its warranty.

On iOS devices, the App Store is on the home screen. It is a core part of iOS and cannot be removed.

How to install an app on an iPhone or iPad.

The Google Play Store is an app store provided by Google for Android devices, the Chrome web browser, and Chrome OS computers. It was launched on October 22, 2008, as "Android Market." It was later integrated with two other Google services, Google Music and Google eBookstore, to create Google Play.

On most Android devices, the Play Store is available on the home screen.

On the web, you can visit the Google Play Store website. 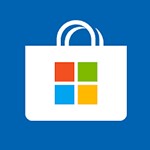 The Microsoft Store is an app store for Microsoft Windows. It was also available on the Windows Phone before Microsoft discontinued the platform in July 2017.

The Microsoft Store does not offer updates to the Windows operating system. To update Windows, use Windows Update instead.