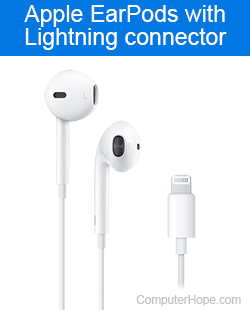 Originally released on October 23, 2001, Apple earbuds are a proprietary, in-ear sound device created by Apple Inc. Since their inception, they've been included with all Apple's music and mobile devices.

Several iterations of the Apple earbuds were released since their introduction. Brief details about each are listed below.