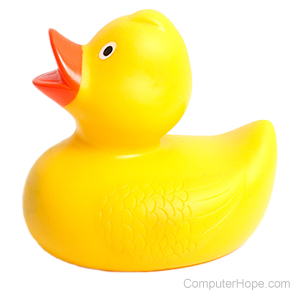 The term baby duck syndrome is used to refer to a phenomenon observed during the interaction of a person and a computer. More specifically, it describes the tendency of a user to compare each new computer system to that which they originally learned. If a new computer system is not comparably familiar, the user usually judges it negatively. Many educators have found this phenomenon to impede a user's ability to learn new systems, which be detrimental as my new systems are better than their previous versions.