Bridge may refer to either of the following: 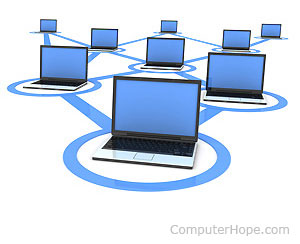 1. When referring to computer networks, a bridge, network bridge, or bridging is a device that connects two LANs (local area networks) or two segments of the same LAN. With the OSI model, bridging happens in the data link layer.

If one or more of the networks being bridged is wireless, the bridge is referred to as a wireless bridge.

Difference between a bridge and a router

2. Bridge may also refer to Adobe Bridge, the file management program included in the Adobe Creative Cloud suite of apps.