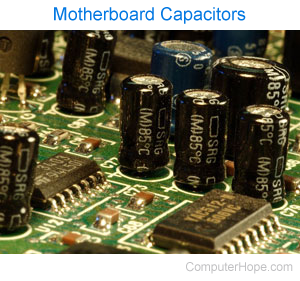 A capacitor is a component made of two or sets of two conductive plates with a thin insulator between them and wrapped in a ceramic and plastic container. When the capacitor receives a DC (direct current), a positive charge builds up on the plate (or set of plates) while a negative charge builds up on the other. This charge, which is measured in microfarads on a computer capacitor, remains in the capacitor until it is discharged. In the image, is an example of what a capacitor may look like on a computer motherboard. 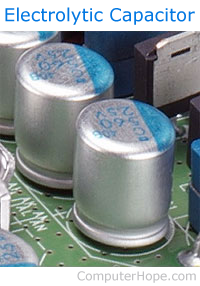 Another common type of capacitor is an electrolytic capacitor, which is a higher capacitance capacitor in a smaller package. The picture to the bottom right is an example of these types of capacitors. 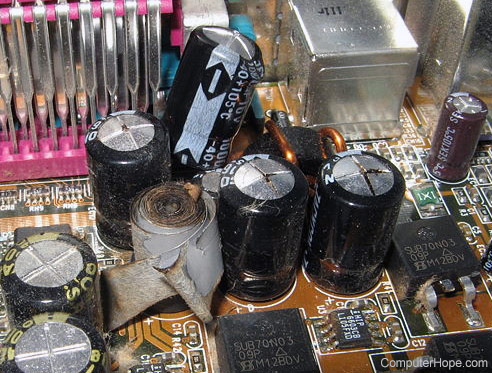