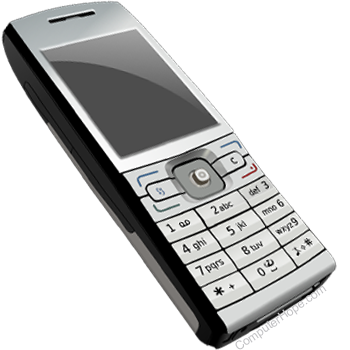 Alternatively referred to as a cell, cellular, and cellular phone, a cell phone (sometimes abbreviated as cp) is a mobile or portable phone. It enables a user to communicate almost anywhere in the world. The cell phone was invented by Dr. Martin Cooper and his team of developers at Motorola. The first cell phone weighed 2.4-pounds and was 9-inches long. Dr. Cooper also made the first cell phone call at Motorola on April 3, 1973.

Evolution of the cell phone

As shown below, the cell phone has changed drastically from when the original cell phone (aka bricks) was released. Below is a picture of a very early cell phone, the more modern Nokia 6010 cell phone in the center, and the more modern iPhone. New cell phones are much lighter than the old brick cell phones, smaller, and have large screens to display contacts and phone settings. 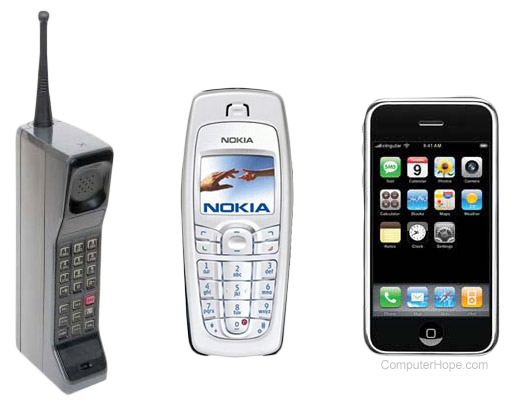