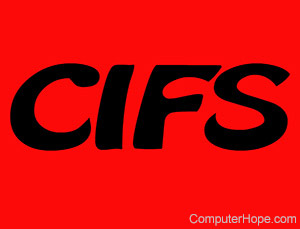 CIFS (Common Internet File System) is a network file-sharing protocol that is a specific implementation of SMB (Server Message Block) protocol. CIFS is used to facilitate file sharing across multiple platforms for many simultaneous users without having to install new software.

By utilizing both TCP/IP and SMB, CIFS allows all applications to open and share files across the Internet (as opposed to only web browsers). Changes made using CIFS are saved on both the client and server sides of a network. CIFS is rarely used today as it was made largely obsolete by the 2.0 and 3.0 versions of Microsoft's SMB.