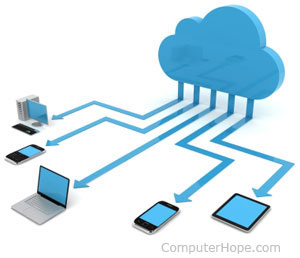 Cloud gaming is a technology that allows users to play hardware-intensive games on any device or platform, assuming they have the bandwidth. A user's input (keyboard, mouse, touch screen, etc.) is sent to a server where it is processed by a powerful computer, returned, and then output (displayed) to a screen or monitor.

You can think of it like playing someone else's computer from your TV, PC, or smartphone. However, as the data has to travel and be computed, cloud gaming suffers from latency issues.