Command prompt may refer to any of the following: 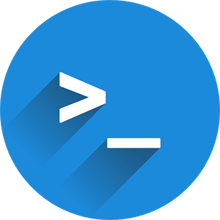 1. A command prompt is a field that accepts text-based user input within an operating system or program. It is used in all command-line interfaces, including those that interact with PowerShell, Terminal, CMD (cmd.exe), etc.

2. In Microsoft Windows XP and newer, Command Prompt (also known as cmd.exe) is the default command-line interpreter. Similar to Shell for Unix-based systems and Terminal on macOS, Command Prompt is a program that executes text commands to the Windows operating system.