Compute may refer to any of the following: 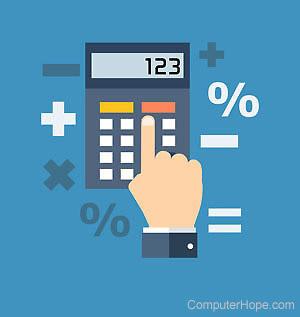 1. The term compute can have multiple meanings, but the basic meaning is the act of calculating a value using mathematical formulas or other methods. A computer processes many functions by computing information, which in its simplest form, is a series of ones and zeroes (called binary code). The computer got its name due to this.

Compute is used in multiple other forms, but still to refer to the same basic function of calculating, or determining, information. People sometimes make the comment "does not compute" in a joking manner, to mean something does not make sense, or they cannot come up with an answer to a question. Robotic characters in movies and television shows have made similar comments that mean the same thing.

2. Compute is the name of a computer magazine titled "Compute!" published from 1979 to 1994 that focused on the computer system and platforms.

3. Compute is also a common misspelling for "computer."