A core may refer to any of the following: 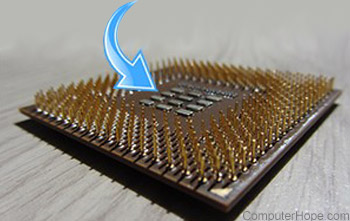 1. A core, or CPU core, is the "brain" of a CPU. It receives instructions, and performs calculations, or operations, to satisfy those instructions. A CPU can have multiple cores.

A processor with two cores is called a dual-core processor; with four cores, a quad-core; six cores, hexa-core; eight cores, octa-core. As of 2019, the majority of consumer CPUs feature between two and twelve cores. Workstation and server CPUs may feature as many as 48 cores.

Each CPU core can perform operations separately from the others. Multiple cores may also work together to perform parallel operations on a shared set of data in the CPU's memory cache.

2. When referring to types of processors, the Intel Core, code-named Yonah, is the successor to the Intel Pentium M and was first introduced on January 5, 2006. The Intel Core is the computer processor used with laptop computers. 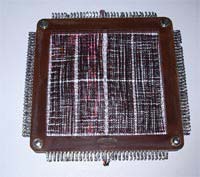 3. A memory core is memory used before RAM as we know it today. The picture is an example of a memory core used in the Atlas 1 computer that was 12-centimeters square and contained 64 cores, courtesy of Rutherford Appleton Laboratory.

4. Short for core dump, a core describes when a computer, computer device, network device, or other related product errors and cannot display a proper error message. When this issue occurs, a large listing of data is shown to help identify what's causing the problem.