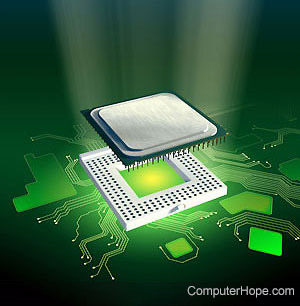 Alternatively referred to as the Centrino Duo, the Core Duo was Intel's first dual-core processor developed for mobile computers and was first released on January 5, 2006. It was also the first Intel processor to be used with Apple Macintosh computers.

The Core Solo is a version of the Intel Core Duo, except with only one core enabled, for a more affordable price.