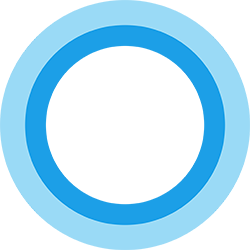 Introduced with Windows Phone 8.1 and Windows 10, Cortana is the digital assistant that helps users with questions, setting appointments, and finding destinations. The U.S. version of Cortana is voiced by Jen Taylor, the same woman who did the AI character in the Halo video game series.

Cortana is available in the following languages: Chinese, English, French, German, Italian, Japanese, Portuguese, and Spanish. In English, if enabled, you can summon Cortana using the wake phrase "Hey Cortana."

Devices that support Cortana include Windows 10 and Windows 11 computers, and Xbox One and Xbox Series consoles. As of March 31, 2021, Cortana no longer works on Android, iOS, and smart speakers.