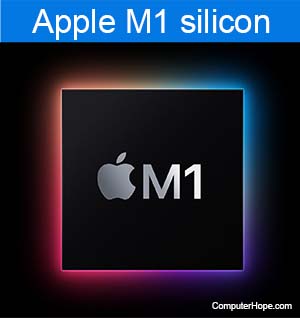 Popularized in recent years by companies like Apple and Google, custom silicon refers to a specially-designed SoC or processor designed by the manufacturer of a device. Traditionally, CPUs are purchased from established silicon companies, like AMD or Intel. Manufacturing first-party chips, however, is more cost-effective in large quantities and allow the processor to work more efficiently with existing computer, smartphone, or tablet components.

When someone refers to Apple silicon or Google silicon, it describes the custom chips that are made for these devices. While the design of these custom silicon chips is proprietary, their manufacturing is often outsourced to other companies. Apple's M1 chip in the 2020 MacBook series, for example, is produced by TSMC.

Listed below are the various silicon chips that are developed by companies adopting this business model.