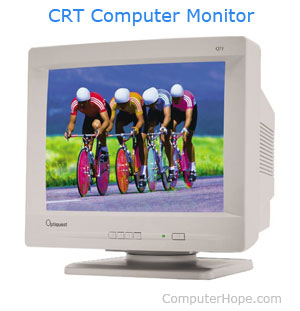 Degauss is a term used to describe a method of erasing magnetic media by passing them through a powerful magnetic field. This process destroys any data on a magnetic storage device. Degaussing is named after Johann Gauss who was a mathematician that studied and worked with electromagnetic fields.

Degaussing was first used by the British Royal Navy in the 2nd World War. An electromagnetic cable was inserted inside and around each warship as a safeguard against magnetic mines. Each time a ship came into harbor, it was degaussed using said cable. This process worked by passing an electrical current through the cable to neutralize the magnetic field causing the mine to detach.

Degaussing is also used with CRT monitors to fix possible color impurities. After the degauss button is pressed, the degaussing circuit is activated and then deactivated after a few seconds. Older monitors that didn't include this feature had to be degaussed using a handheld device.