A dialog box (also spelled dialogue box, also called a dialog) is a common type of window in the GUI of an operating system. The dialog box displays additional information, and asks a user for input.

For example, when you are using a program and you want to open a file, you interact with the "File Open" dialog box. In Microsoft Windows, when you right-click a file and choose Properties, you are presented with the Properties dialog box.

You can press Esc to cancel or close a dialog box. If the Esc key does not work, click the Cancel button or X button if available.

If the dialog box was created by an application, it is called a child window of the parent application. 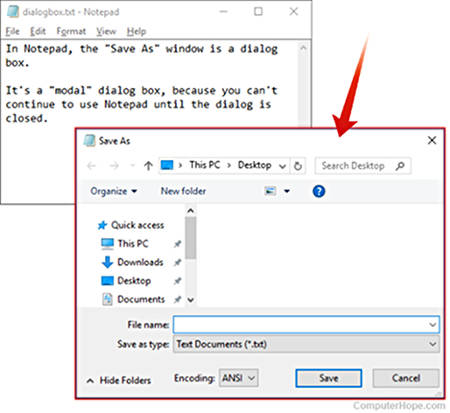 A modal dialog temporarily locks you out of the rest of an application until it's closed. While a modal dialog box is open, it's always active and prevents any other dialog boxes or windows from being opened until it is closed.

A modeless dialog lets you use the rest of the application while it is open. It can be hidden by other application windows. 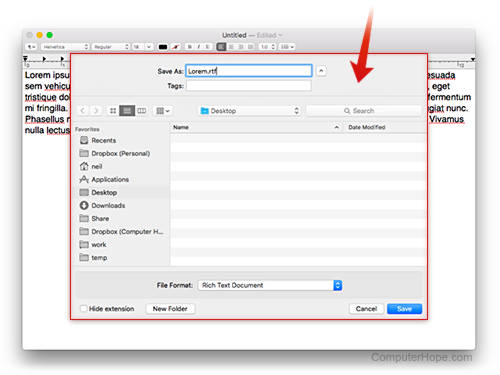