The DOM (Document Object Model) is an API that exposes the elements of HTML and XML documents as programming language objects. The structure of the DOM for any document resembles the actual structure of the markup of the document. A web developer can programmatically manipulate the DOM to modify a web page, before or while it is viewed by the user.

The most common programming language used in the DOM is JavaScript, which is used on most websites. Using JavaScript allows for dynamic changes to be made to the DOM, including hiding, moving, and animating certain HTML elements (such as text, tables, images, and entire divisions).

In the past, the DOM had fundamental differences between browsers, but today has become more standardized, allowing for easier cross-browser scripting to be performed by developers.

The DOM for this page includes all the elements and any text nodes in those elements. The code in the previous example creates an object hierarchy as shown below. 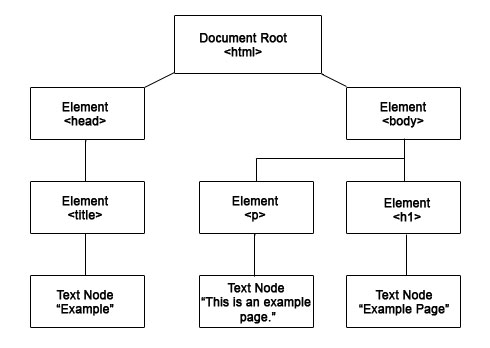