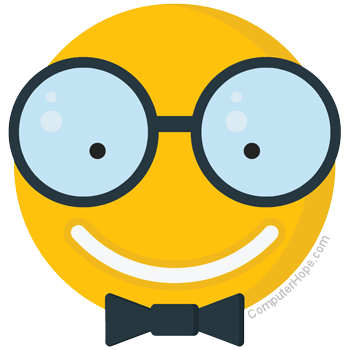 An emoji (絵文字) which translates to "picture character" is an electronic pictograph (picture conveying a message) initially used in Japan, and now all over the world. Emojis were first invented by Shigetaka Kurita and became more mainstream when they were introduced on the iPhone in 2011.

Today, emojis are part of the Unicode character set and can be used in e-mails and text messages on iOS or Android devices. They are called one of the fastest-growing languages ever.

Microsoft Windows 10 and 11 computer or laptop users can press and hold the Windows key and then press the period key to open a window that lets you insert emoji, kaomoji, and symbols.

Chromebook users can press the Search/Launcher key + Shift + Space to insert an emoji.