EQ may refer to any of the following:

In the above example, if the contents in $exmaple variable is the same as $test, then the program would print "They are equal" to the screen.

2. Short for equalizer, eq is software or hardware that strengthens or weakens individual frequency ranges of an electronic signal, such as an audio signal. For example, strengthening low frequencies of an audio signal increases the bass tones, and strengthening high frequencies increase the treble. Hardware equalizers are a common feature of high-end audio equipment, featuring sliding buttons for each frequency range. Software equalizers are often included in media player software, such as iTunes, VLC, and Winamp. Pictured below is the software equalizer featured in Windows Media Player. 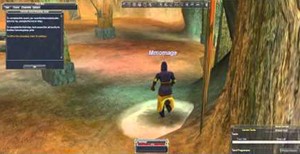 3. Short for EverQuest, EQ, also known as EverCrack for its addictiveness, was a popular MMORPG game. It was shut down in November 2013. Its sequel, EverQuest II, was launched on November 9, 2004, and converted to a free-to-play game (with microtransactions) in November 2011.