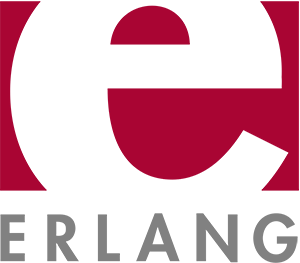 First developed in 1986, Erlang is a functional programming language that was highly influential in the world of programming language design. It's still widely used today, and is a dynamically typed language that focuses on concurrency, distributed programs, and fault tolerance. Another interesting aspect of Erlang is that it supports hot swapping, meaning that code can be changed without stopping a system.

The first versions of Erlang were a proprietary project at Ericsson. Erlang was rumored to be an abbreviation for the "Ericsson language" that was originally intended to be used with telephone switches. The language was open sourced in 1998, and since then it has inspired the design of programming languages such as F#, Clojure, Rust, Opa, Elixir, Dart, and Akka.