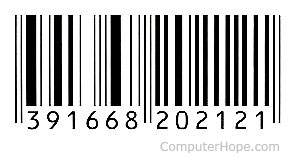 Federal Communications Commission IDentification number found on almost every piece of computer hardware. FCC ID numbers are useful for finding information about the manufacturer of the hardware device or other useful information if no other numbers can be found.

It is important to realize that the FCC ID and FCC REG are two different numbers. First, the FCC databases are only searchable by the FCC ID and not the FCC REG. Second, many products may only have an FCC "Tested To Comply With FCC Standards" sticker, this indicates that the product meets the FCC regulations.

An FCC ID number listed on computer equipment should resemble one of the below formats.

Keep in mind that some hardware manufacturers may list their model number next to the FCC. Contact the manufacturer for information about that number.