A floppy cable is a ribbon cable found in PC's that allow one or more floppy disk drives to connect to a computer. In the illustration, is a visual example of what a floppy cable may look like and where each end of connectors connect. As shown, this cable allows a desktop computer to have two floppy drives connected to one floppy controller. 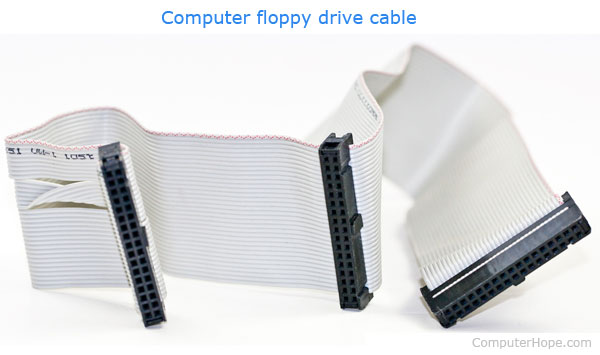 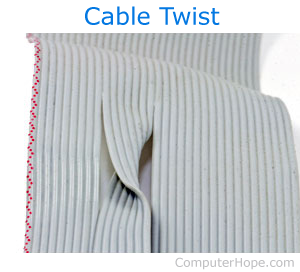 Because floppy drives don't have a primary or secondary jumper, the drives are defined by cable select, which is identified by looking for the cable twist. Like an IDE cable, most floppy cables also have a red strip along one side of the ribbon cable to indicate pin 1. Today, if any floppy drive is in the computer it would connects to "Drive A:" and the end cable connected to the motherboard. 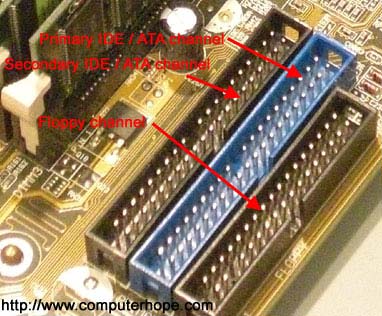 Finally, the standard PC floppy drive connector contains 34-pin holes. Below is a listing of each of these pins and their descriptions.