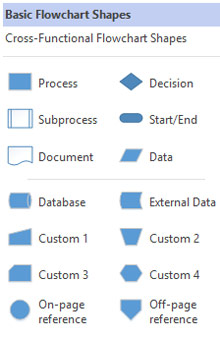 A flowchart is a graphical representation of decisions and their results mapped out in individual shapes that were first developed by Herman Goldstine and John von Neumann in the 1940s. Flowcharts can provide a step-by-step diagram for mapping out complex situations, such as programming code or troubleshooting problems with a computer. To the right, is an image from Microsoft Visio, a popular program used to design and create flowcharts and diagrams.

Below is an example of a basic flowchart created in Visio that gives a good representation of their layout. As shown, you have several steps followed systematically to help determine what's causing the computer problem. Of course, this is an example and not the full set of steps required to troubleshoot computer issues. 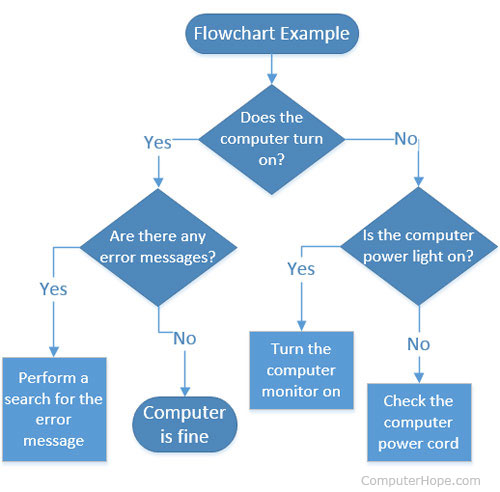 Other examples of how flow charts are used

Flowcharts can also be created for any of the situations below.