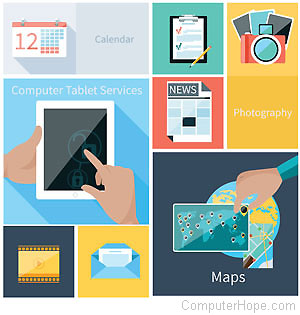 A front end may refer to any of the following:

1. A front end is the graphical user interface of a computer that makes it easier to use. For example, Microsoft Windows 3.11 was a front end for the MS-DOS command line. Before Windows, the user had to memorize multiple commands to perform tasks on the command line that made computers difficult for most users.

With Windows, once a user learns how to use the mouse for navigation, interactions between the user and computer become easier. However, they still have all the same functionality of MS-DOS.

Should I use "front end" or "front-end" in my writing?

2. In programming and development, front-end is a term that describes someone who designs and develops the UI (user interface). For example, a website front-end developer handles the visual aspects of how the web page looks and responds to the visitor. A back-end developer handles how the server sends the information to the visitor and handles any scripts that process background information or perform tasks.

3. The front-end is the front side of a computer or computer component.