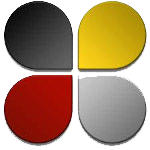 Fuduntu was a Linux distribution originally based on Fedora Linux, designed to consume less power and fewer resources than Fedora. Its name also refers to Ubuntu Linux, and its design was based on both operating systems.

Fuduntu was first released in 2010. It was notable for employing several modifications intended to reduce power consumption. For example, it moved many disk access kernel operations into system RAM, and optimized access to swap space.

Ultimately, development of Fuduntu was discontinued in April 2013. In their official announcement, developers recommended that users interested in Fuduntu migrate to Cloverleaf Linux, a new project with similar goals, which is based on OpenSUSE Linux.