A gaming computer may refer to any of the following: 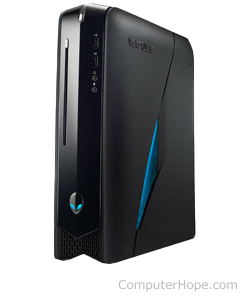 1. A gaming computer is a desktop that is often custom built for the purpose of increasing performance in modern computer games may require an increase graphical and processing power. One of the most significant differences between regular and gaming machines is video processing. Gaming computers have video cards which include dedicated RAM, a GPU, and a cooling system, whereas a typical PC uses an onboard graphics controller. 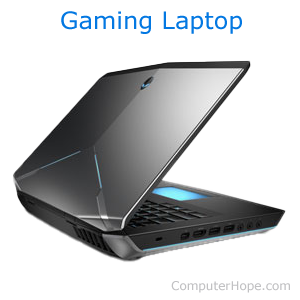 2. A gaming laptop is one used primarily for the purpose of playing computer games. Unlike conventional laptops, they have higher-end graphics card that is not integrated or designed to conserve battery power. A popular brands of gaming laptops on the market currently is the Alienware laptop manufactured and owned by Dell Corporation.

Because of the limited space and the heat generated by high-end video cards and processors, a gaming laptop is never as good as a desktop gaming computer. We would only recommend a gaming laptop to those who frequently visit LAN parties or needs a performance machine that is easy to transport.