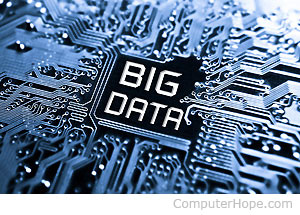 Usage of the term "hellabyte" has accompanied the advent of big data. We already have words like terabyte, zettabyte and yottabyte to describe large amounts of data, but even those are quickly becoming insufficient.