An iBook may refer to any of the following:

1. iBooks is an Apple iOS application first introduced with the iPad in January 2010. It may be used to read ePUB and PDF content such as books and magazines. The iBooks app is available for free from the App store for earlier devices that do not have iBooks pre-installed. For newer versions of iPhones and iPads, the iBook app is included. Once iBook is open, you have the option to download free books or paid books that is a variety of prices starting at $1.99.

2. An iBook is a discontinued series of laptops first released by Apple on July 21, 1999. During its lifespan, there were three different models of iBooks released, one of the most memorable models was the "Clamshell" version, as shown in the picture below.

The first iBook had the following specifications: 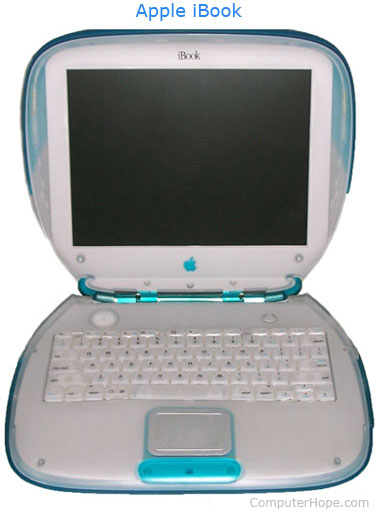