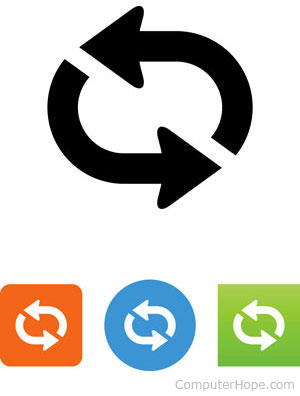 With computing, iteration describes going through a set of operations that deal with computer code. For example, in a computer program, one form of iteration is a loop. A loop repeats code until a certain condition is met. Each time the computer runs through a loop, it's referred to as an iteration.

Example of an iteration

Below is a Perl for loop that goes through each element of an array and prints them to the screen.

In the above example, the @example array has four elements and would print the following output to the screen. Each time an element is printed to the screen it's an iteration of that loop.