A legend may refer to any of the following: 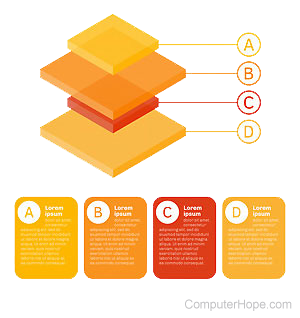 1. With a chart, a legend is an area of a chart describing each of the parts of the chart. See our chart definition for a visual example of a legend.

2. A legend is an explanation of characters, symbols, or markings on a document that are usually unfamiliar to the reader.

3. When referring to HTML, the <legend> tag is used to designate a caption for the <fieldset> element.