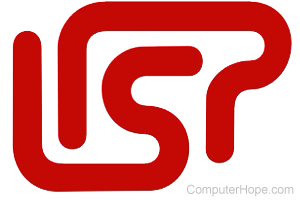 Short for List Processor, Lisp is a high-level programming language created by John McCarthy in 1958. It is the second-oldest programming language still in modern use, younger by one year than Fortran. Lisp was used in AI (artificial intelligence) research starting in 1958, and is still used today.

As its name implies, the primary data structure of Lisp is the list. Every Lisp program is itself a list, therefore Lisp programs are naturally suited to generating other Lisp programs.

How to install Lisp on an Apple or PC

To install Lisp on an Apple computer, install MacPorts on the computer if it's not already installed. Once MacPorts is installed, open the Terminal, and run sudo port install clisp to start the install.

To install Lisp on a PC running Windows, visit the ANSI Common Lisp SourceForge site, and download the latest version of Clisp. For example, if you were getting version 2.49 you would open the 2.49 folder and download and install the clisp-2.49-win32-mingw-big.exe file.

To install Lisp on a Linux computer, visit the Linux package page for your distribution of Linux at the CLISP website.

Should I use "Lisp" or "LISP" in my writing?

When LISP 1 was first introduced, it was written as all uppercase. Today, Lisp is written as proper case with a capital "L" and lowercase "isp." Unless you're writting about the early versions of LISP, use "Lisp" in your writing.