Matrix may refer to any of the following: 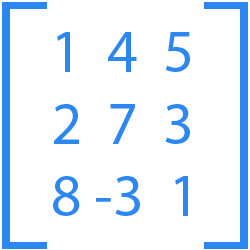 1. In mathematics, a matrix is a multidimensional array of numbers used as an operand in linear algebra. Matrices are an important mathematical tool in 3D graphics processes such as ray casting, ray tracing, and texture mapping.

Matrices have been used to solve simultaneous equations since at least the second century BCE. The term "matrix" however was not used until 1850, when it was coined by English mathematician James Joseph Sylvester.

2. In computer programming, a matrix is a multidimensional array. 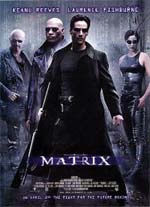 3. The Matrix is a sci-fi movie starring Keanu Reeves and Laurence Fishburne released on March 31, 1999. In the movie, powerful artificial intelligence machines have designed a simulated world to keep the minds of humans occupied while the energy of their bodies is chemically harvested.

4. Matrix may also be short for Matrix code.