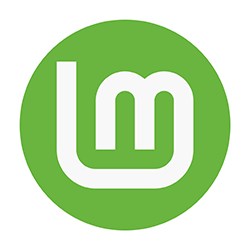 Linux Mint is a Linux distribution for desktop computers. Its design focuses on prioritizing open-source software components, with exceptions for proprietary multimedia software, such as the Adobe Flash plugin. Known as one of the more user-friendly variants, Linux Mint comes with many popular free software packages such as LibreOffice, Pidgin, and GIMP, and its default web browser is Firefox.

First distributed in 2006, it has a reputation for staying up-to-date, with updates being issued every six months. If you are a new to Linux and unsure which variant to install, Linux Mint is a safe choice. The software packaging system is based on Ubuntu, so it is extensive, well-supported, and up-to-date.