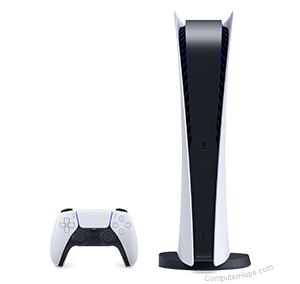 In general, modern refers to a hardware device or software program released recently. How recent "modern" refers to can depend on the context. Smartphones, for example, are released yearly. For this reason, they become obsolete quicker than something released less frequently, like a video game console.

Pictured here is the PlayStation 5, the most modern version of the Sony PlayStation game console.