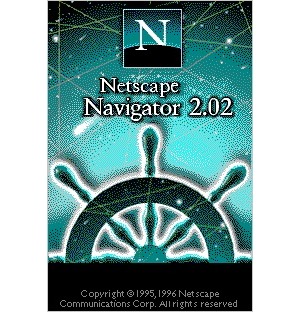 An Internet browser first introduced as Mosaic Netscape 0.9 on October 13, 1994, Netscape was popular during the early 1990s and in a browser war with Microsoft Internet Explorer. The use of Netscape declined in the late 1990s, which led to the open source Mozilla project and Netscape's acquisition on November 24, 1998 by AOL for $4.2 billion. 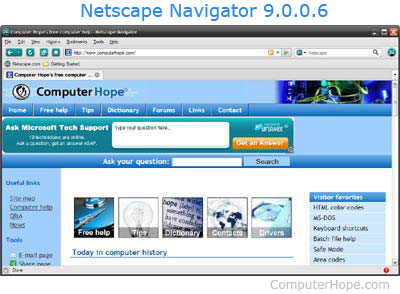 As of March 1, 2008, Netscape is no longer supported or used, but old versions can still be downloaded. The picture is an example of what the final version of Netscape Navigator looks like with the Computer Hope web page displayed.

Consider Mozilla Firefox or Google Chrome when looking for an alternative browser or upgrade.